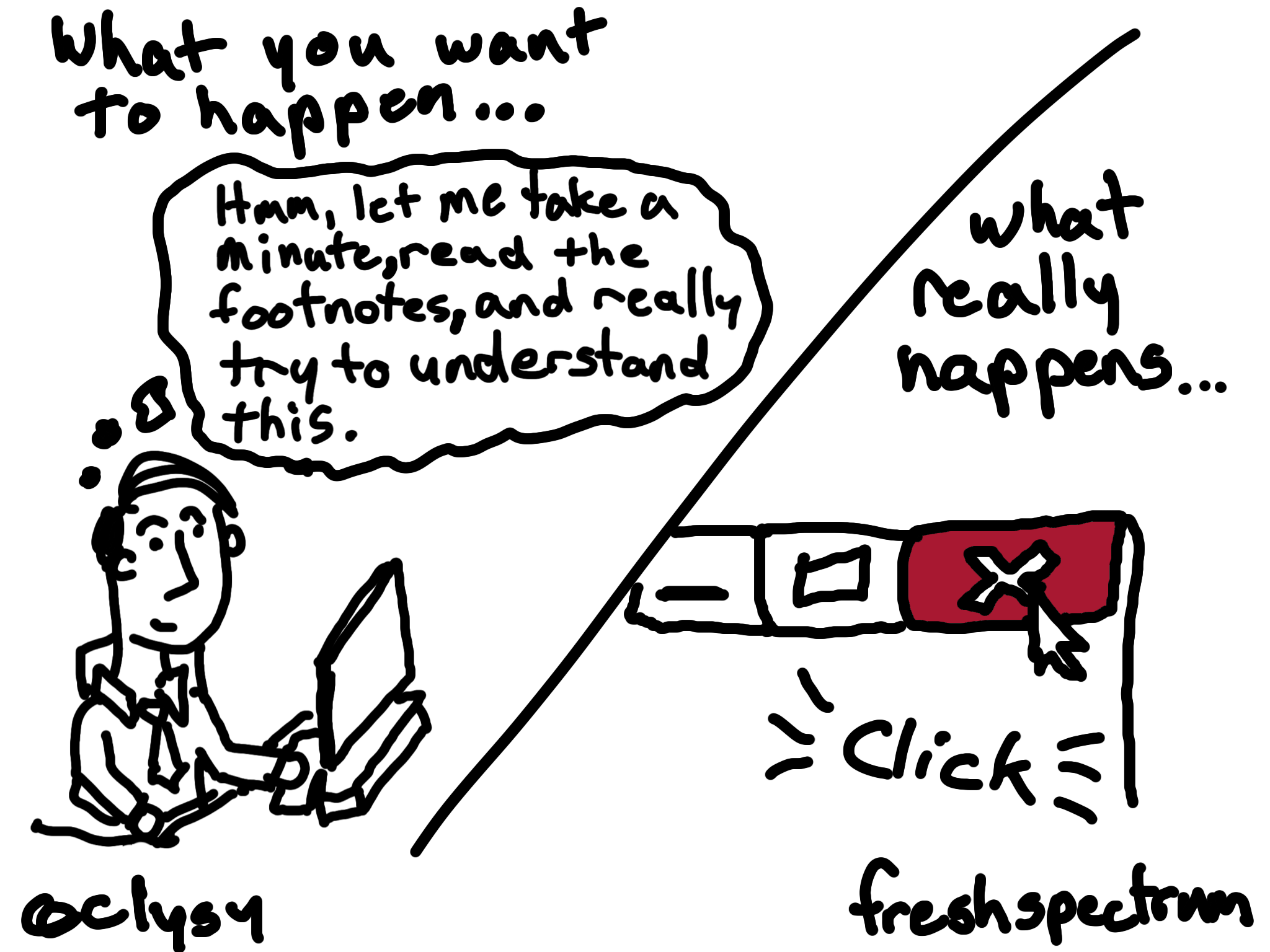 So who has time to read the small print?

We are in an age where even large print is rarely read.

Unfortunately there a lot of really good charts that require at least a little bit of explanation.  So how do we convey that information to the audience?

Could we use a GIF?

GIFs, for those who don’t know, are a type of image file that can produce soundless moving pictures.  They can be shown by web browsers and most email applications without the reader even needing to click a button.

For years GIFs have been great internet meme fodder.  With creators often clipping popular scenes from movies and tv shows.  But can we use them professionally?

Let’s give it a try.

These are just prototypes, what do you think?

Want to try yourself?

For those that are curious, I used Sketch to create these.

For those of you in the diydatadesign workshop, I created an activity for this where you’ll also find a few alternative methods.

Who runs this blog?

I want to improve my reports, where should I start?

Do you teach private workshops?

Can I use one of your cartoons for free?

Can I support your cartooning?

Can I hire you?

Do you have a free newsletter?